Gravel racing represents something different in cycling. It’s newer, less staunch on the rules, and all in all, more welcoming.

Perhaps this is what first drew me to the sport. As a brown woman, I had never thought of myself as someone who would be accepted into the bike community, but with groups like RAR (Radical Adventure Riders), I saw the way gravel riding welcomed people of different genders, body types, ages, and skin colors— all on bikes and having fun.

I grew up running track and field, running the 400-meter hurdles at Iowa State University. I never had access, time, or money for outdoor sports, and cycling never made its way onto my radar. The only type of competition I had known was drilled into me from years of track and field: run as fast as you can, every second (and tenth of a second) counts. I had to look a certain way, train a very intentional way, watch when I ate, and never let track off of my mind. Competing as a D1 athlete left me with a whole lot of trauma and stress when it came to thinking about competing again, so signing up for a bike race was a daunting task in itself.

But gravel racing’s inviting nature helped me battle through the anxieties. I found The Rad Dirt series and was drawn to apply when I saw that the race offered a scholarship to allow riders who didn’t have the means to race on their own to be a part of the event, so I applied. I don’t have a long background on bikes, I just started mountain biking in May and got my first gravel bike in August, so rather than hoping for the podium I set the goal of deconstructing toxic ideas that I held about what it meant to be an athlete and to compete, and instead to strive to have fun and cross the finish line. 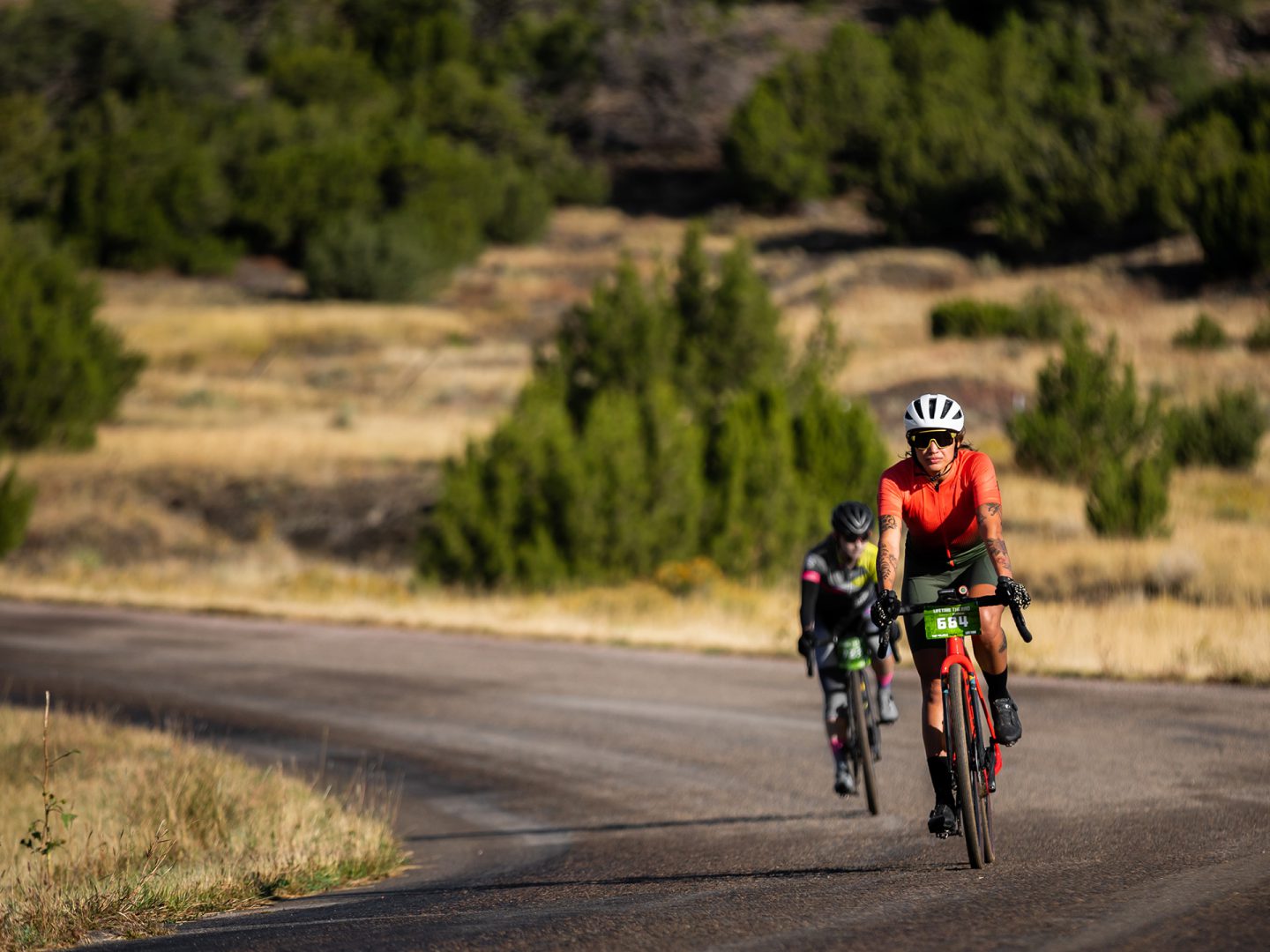 With bike shortages, I only had my bike for about 9 weeks before the race to train. I reached out to some bike friends and read a lot of articles online about training for a race and followed it very loosely. My main goal was to get time on my bike and to get familiar with the things that made me the most nervous: going fast downhill, clipless pedals, and climbing. I tried to bike a few times a week mixing in hills, longer rides, and downhills. I didn’t stick to a specific training plan or do any workouts. I had it in my mind that I would be able to train consistently for 8 or 9 weeks, but right when I started off I had a family emergency that disrupted things. I only got about 6 weeks of riding in before race day but I made the best out of it. I experimented with different types of nutrition and hydration. I found that chews and focusing on electrolytes for hydration was the most important piece for me.

As race day neared, my nerves increased. What I learned from running in college was to never change your routine right before the race, so the night before the race I had dinner at the usual time (chicken alfredo) and went to bed a little earlier than usual to account for the wakeup time. I drank a bit of extra water and hydration mix to make sure I went into the next day feeling ready to go.

Dawn rolled in, and I woke up before my alarm with my nerves were going high, but I tried to remind myself that my only goal was to finish the race and I had all the skills to do so. The 38.5 miles of the race would be the longest ride I had been on but I was looking forward to pushing myself and being surrounded by people who just wanted to be on their bikes. 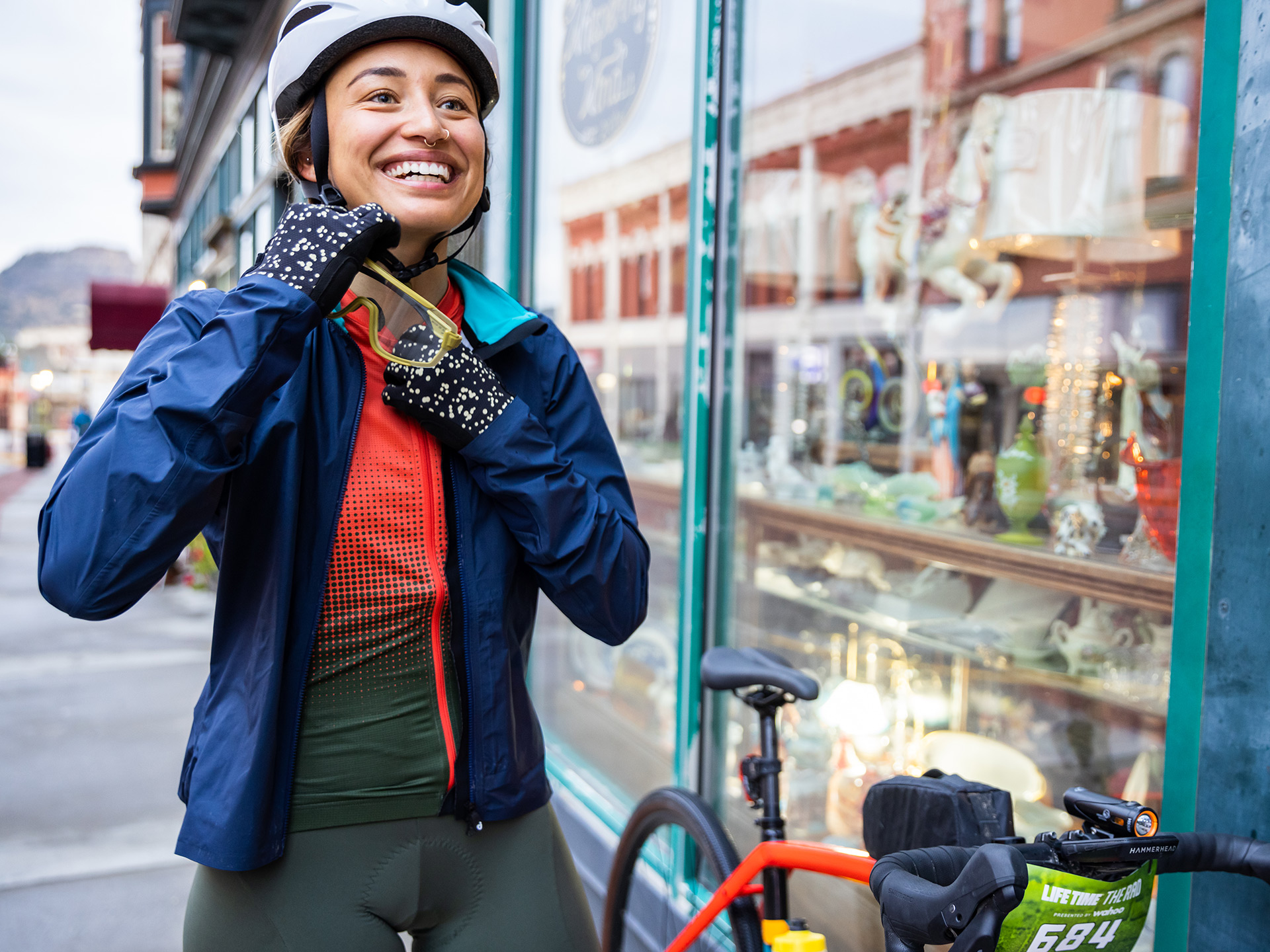 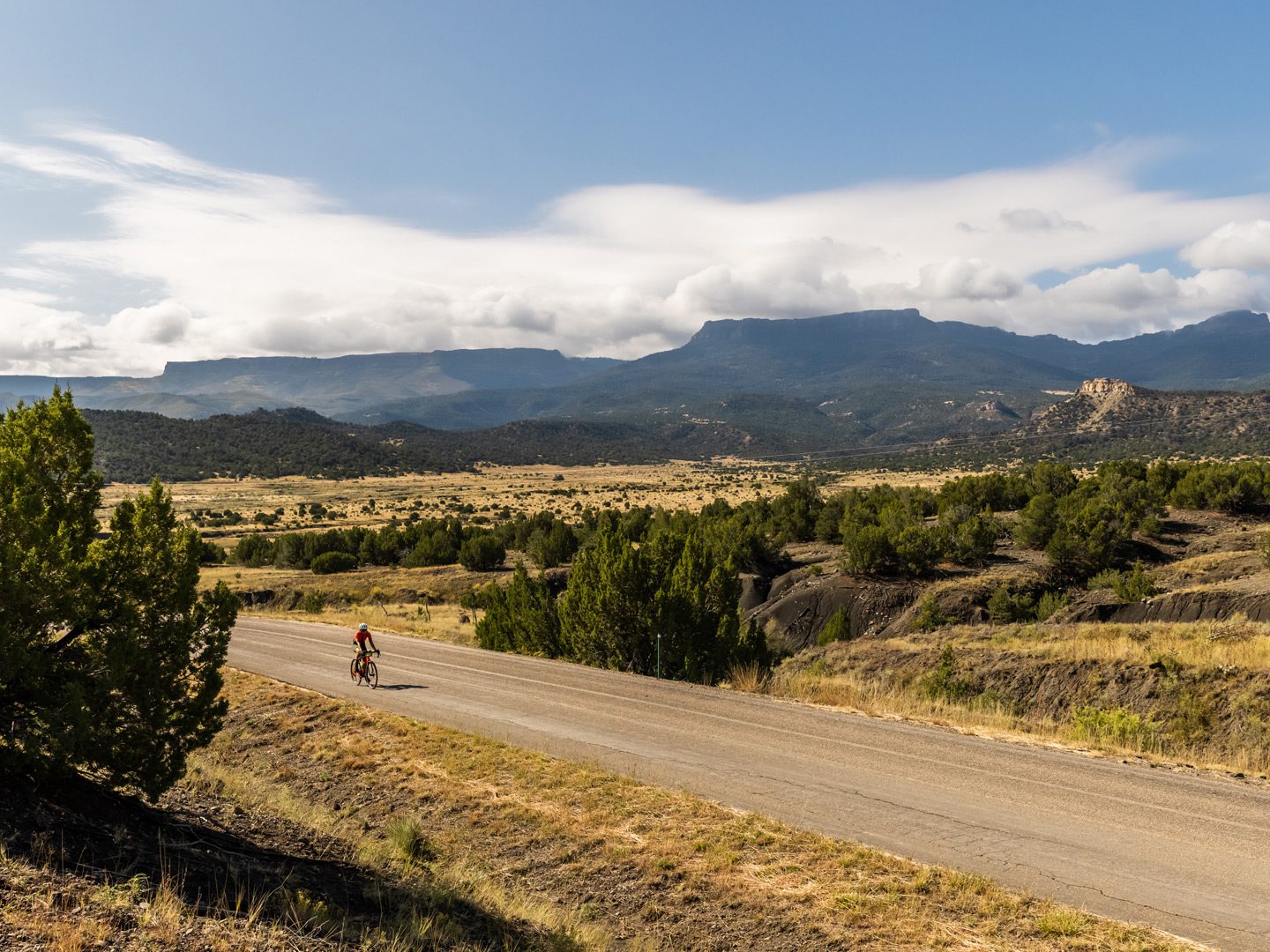 “Keep going till the next wooden sign on the road…and then keep going after that.”

Once I started pedaling, I found most of those nerves blew away with the dust behind me, and I just focused on the riding and the scenery.  The weather was perfect, and I felt strong on the bike. As a former sprint athlete, I had to teach my body to enjoy endurance sports, so I was working through that the whole time. It had rained heavily before the race, and many sections of the course had turned into mud. These external factors, combined with the distance and some big climbs, had me working through a lot of physical challenges. As is the nature of gravel racing, there were some parts of the race that I found myself completely alone on the ride, which added in psychological challenges as well. I gave myself little checkpoints to help me get through it —like “keep going till the next wooden sign on the road…and then keep going after that.” 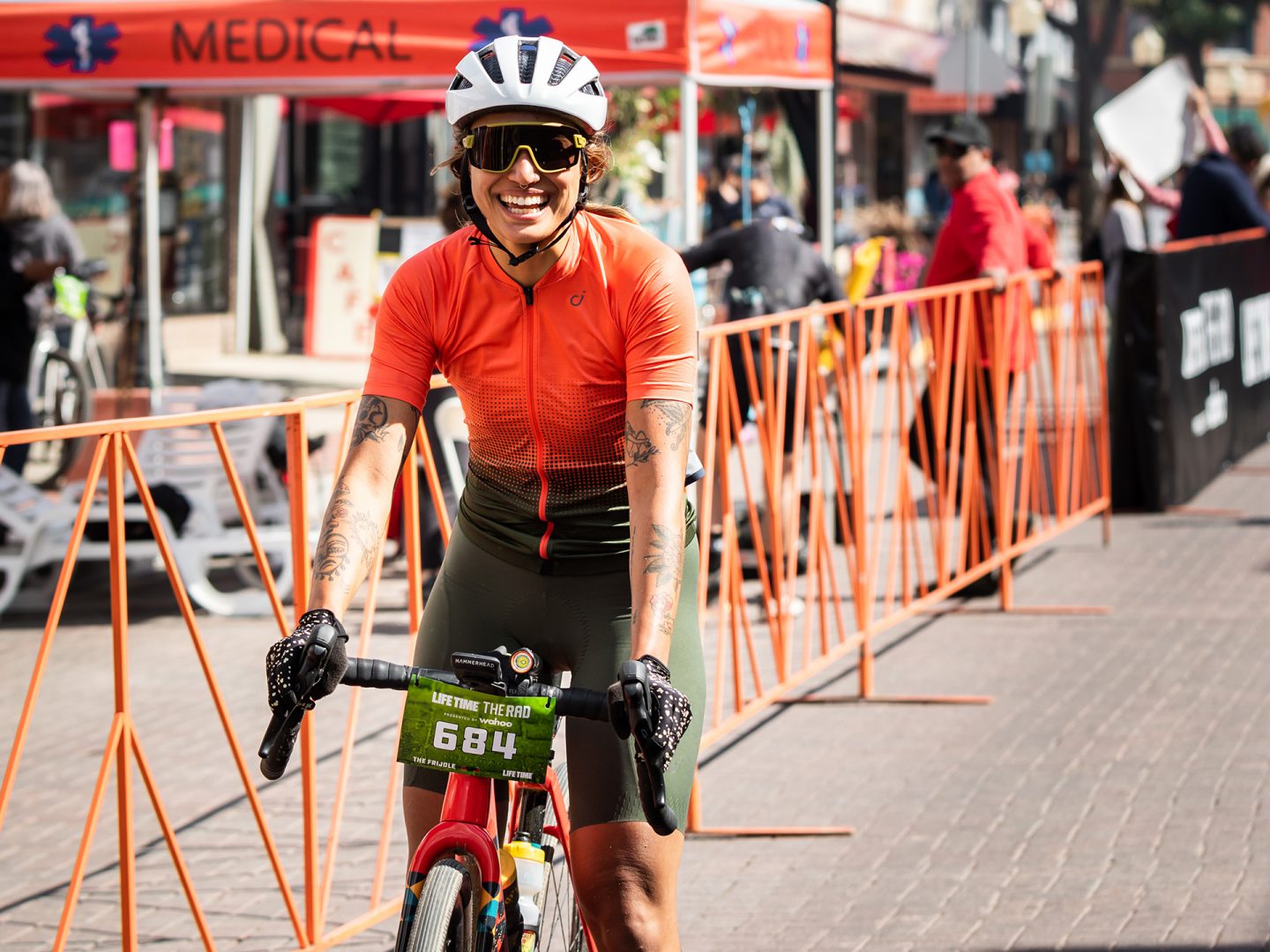 I pushed through the miles, and as I crossed the finish line, I was elated with reaching my goal. Learning that I could take my body far outside of its comfort zone and challenge myself psychologically on the bike was rewarding in itself, but it was made all the sweeter by the fun I had on the journey.

Racing doesn’t have to be a scary thing. You can make it what you want. Joining a race doesn’t have to be about a podium finish but it can help you ride in new places, meet new folks and be in a fun environment. So sign up, take some time to get used to your bike, find what clothes you’re comfortable in, find the snacks and drinks you like, create a goal to work towards, and have fun! 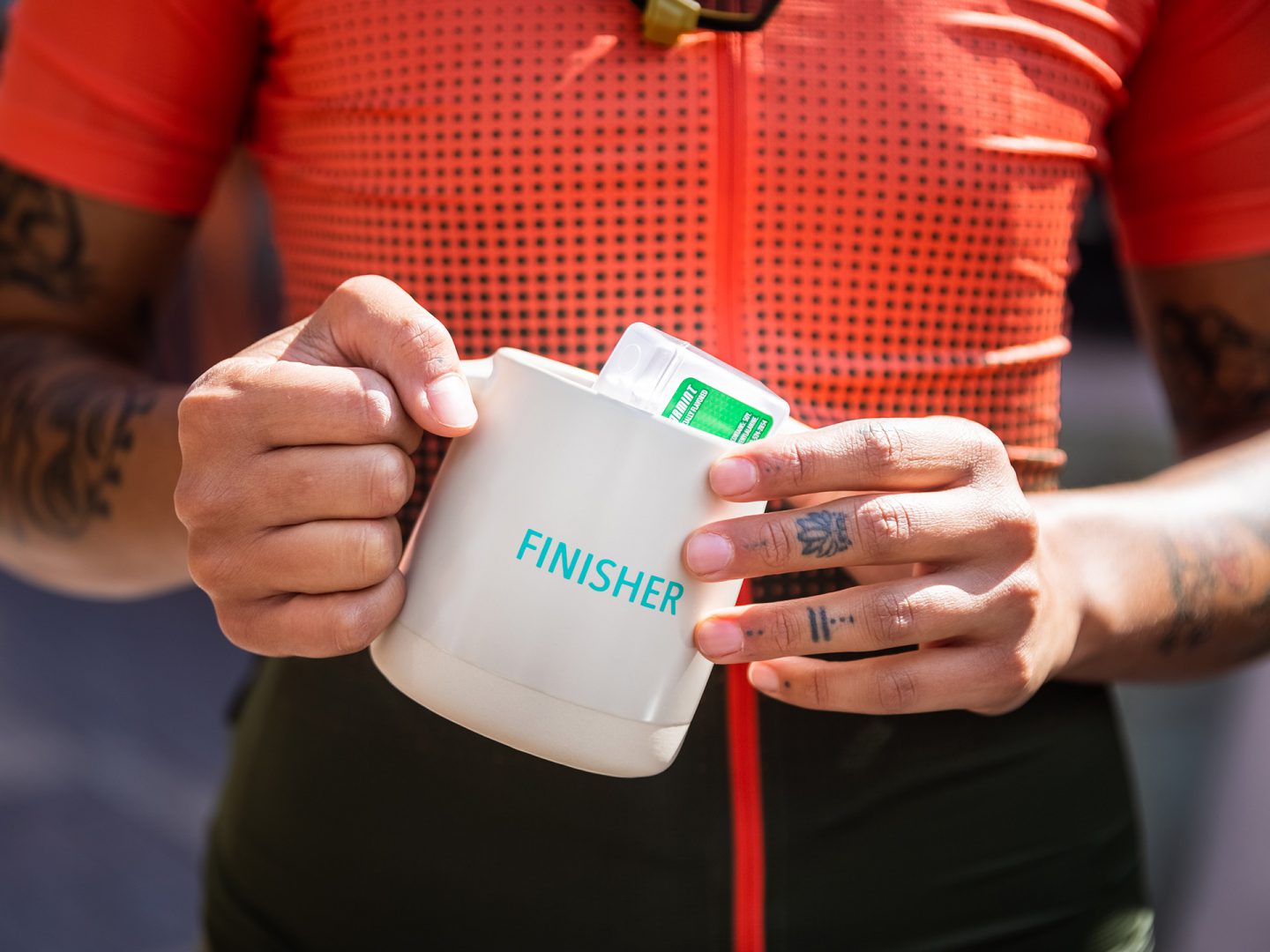 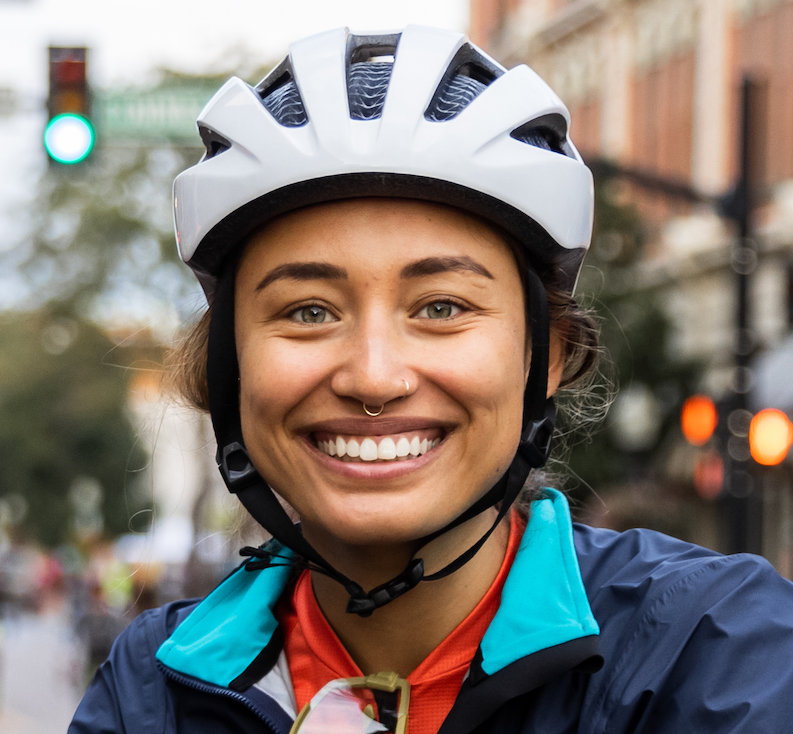 About the Author: Alyssa Gonzalez

Through partnerships with organizations like Trail Mixed Collective, Alyssa Gonzalez works to break down barriers for BIPOC women and redefine what it means to be an athlete in the outdoors. 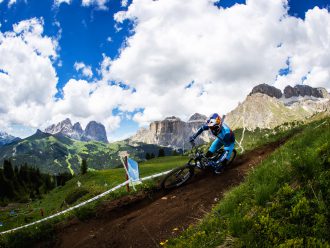 The need to know for your first enduro 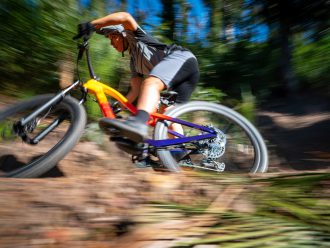 Get faster on the trail in a week 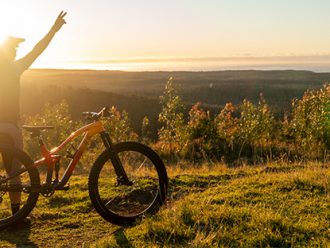