The ramifications of the unspeakable tragedy of George Floyd’s murder should extend far and wide throughout our country. Floyd’s death represents the worst of what has become far too common in our society—police brutality and racism. I hope that justice will be done, but the question I find myself asking is this: is justice enough?

My opinion is that George Floyd’s murder signifies more than the raw police brutality African Americans have experienced for generations. Floyd’s death, and the riots that have ensued, signify in a greater sense, the growing disparity between the realities experienced by black people and white people across the United States.

Too often in our country, we look at a crisis through a lens clouded with emotion and it causes us to ignore the facts.

If you want to reduce racism in America, the answer is not to send white politicians to the funerals of black people; it is to come up with a simple, bold plan to provide equal opportunity for ALL. A chapter of my recent book is dedicated to this very subject, and I’d like to share some of the ideas with you.

Our political leaders in Washington seem to be creatively bankrupt when it comes to solving big problems like increasing opportunities for all. I would propose that we set the following national economic objectives to be achieved by the year 2030:

In order to accomplish these objectives, we should launch the War on Poverty Act, containing these four specific proposals:

This program would give the poorest children in our society a chance in life, and it would create productive, taxpaying citizens for the future.  It would also give kids at the bottom of the socioeconomic ladder, along with their families, hope for the future.

“It is doubtful that any child may reasonably be expected to succeed in life if he is denied the opportunity of an education. Such an opportunity, where the state has undertaken to provide it, is a right which must be made available to all on an equal level.”

The reality of today’s public education system is that public schools in rich zip codes are significantly better funded than those in poor zip codes. Give states the option to put their worst schools under the jurisdiction of the federal government. Have the federal government devote the resources to put our worst schools on a par with our best schools with proper funding and by creating a special educational SEAL team that would transform these schools with a sense of urgency. If this program works, expand it. If it fails, shut it down, but let’s be creative and try something different.

Too often in America, with attention spans becoming shorter and shorter, we move from one tragedy to the next without learning any lessons or making significant changes that can make the United States a more perfect union. Remember Sandy Hook, the 2012 mass shooting at a Connecticut elementary school that killed 20 young children and six staff members? We mourned, we protested, we heard passionate speeches, we watched our political leaders express their grief and extend their condolences. And chances are that we will do the same thing again and do nothing to fix the root cause of the problem.

George Floyd’s murder should be a wakeup call to actually do something that will provide real hope and real change for millions of Americans who—the facts would tell us—have almost no reason for hope today.

Six months from now, we will elect a president. Instead of dividing the American people with negative campaigns, wouldn’t it be nice to hear from both candidates on what specific, bold plans they have that would actually reduce inequality and racism in America?

Now is the time to ask the hard questions, have the difficult conversations, and create the big ideas. If we do that, then we might find real justice.

About the Author: John Burke

John Burke has worn a lot of hats at Trek Bicycle since his first job packing parts when he was in high school. He's been the president of the company since 1997. He's the author of three books: PRESIDENTIAL PLAYBOOK 2020; 12 SIMPLE SOLUTIONS TO SAVE AMERICA; and ONE LAST GREAT THING, a memoir about his father, the founder of Trek. He and his wife, Tania, the CEO of Trek Travel, live in Madison, Wisconsin. 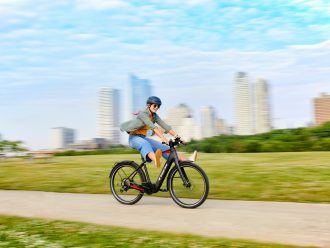 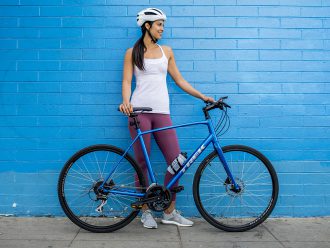 How to do a pre-ride check

How to mount your bike lights