We all love a good photo. They conjure up memories of good times, capture experiences, and are great for sharing on social media. So how do you ensure you’re getting the best photos possible?

We chatted with photographer and bike aficionado Wayne Reid to get some expert advice on shooting bikes and cycling. So whether you’re looking for some bike-based Instabangers or just want to capture the ambience of riding with your mates, read on to see Wayne’s top tips. 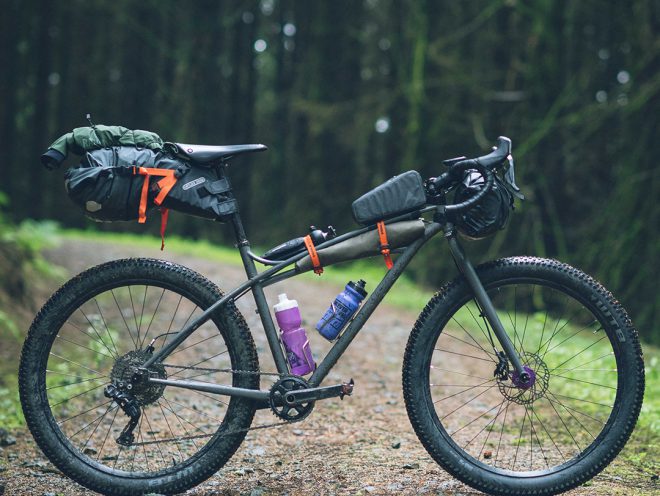 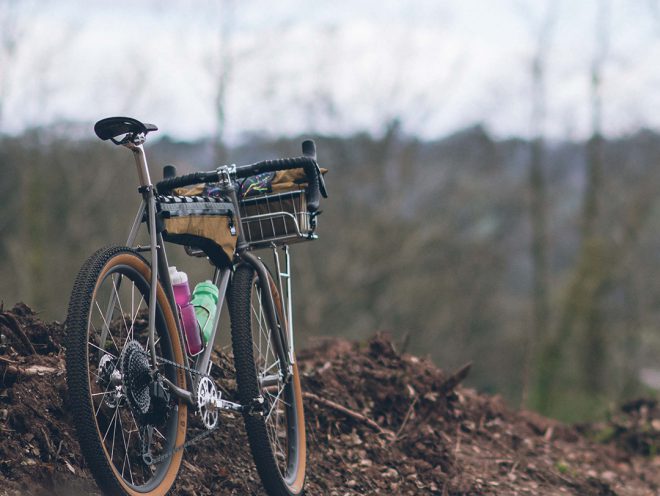 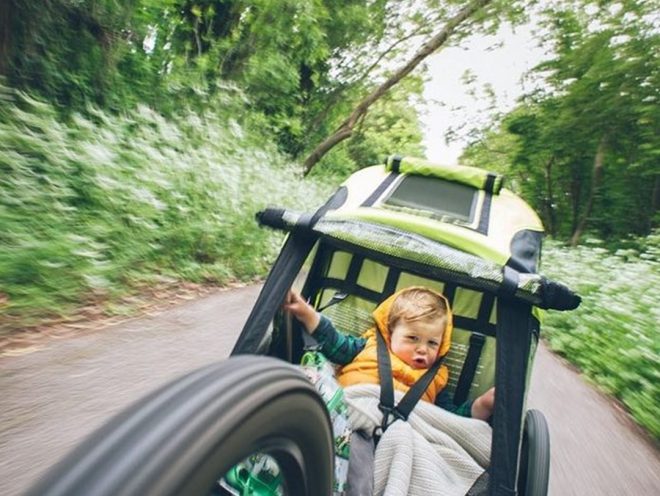 While Wayne is now a professional photographer, it wasn’t always his dream and actually became a career later in life.

“Photography was something I picked up in my early teens and did A-level in, then totally lost all interest in it – I guess when you follow a syllabus and are told what to do, it looses its sheen a little. I picked it up again about 10 years ago and before I knew it, it was my sole income.”

“I like how photography allows you to interpret a scene and make it your own. You can be creative, and there’s the element of documenting things.”

As an avid cyclist, it was only natural that photography and bikes would combine.

“Over the last two years I’ve made a conscious effort to take a camera out with me on all rides, and I don’t see it as a burden anymore as I’m not chasing strava segments. I take time to enjoy the ride and focus on the art, taking pictures of bikes and scenery, and documenting the rides – everyone is always super happy to get pictures of themselves doing something they love!”

Of course, photography requires time and cameras and standing still, which means Wayne has adapted his approach to cycling.

“My bikes are set up entirely different now and I’m not averse to having a basket or bag. If I know I’ve got limited time I’d rather go out during the golden hour before sunset and do a nice gentle ride and take some pictures. It’s about the ability to stop, take in your surroundings, and pay attention to what’s going on.”

“Years ago, I’d fly past something, give it a cursory glance and maybe think ‘oh that’s lovely’ then carry on. Now I think ‘that’s lovely’, set the bike to the side, get the camera out and take some photos.”

And being a professional photographer, he has the benefit of access to nice camera and lenses, though he has go-to options for most of his ride shots.

“If I have my basket bag, I’ll take out a DSLR digital camera – I’ve got a Nikon D810 which is a heavy megapixel full-frame DSLR. I’ll also bring out a wide-angle lens, 24mm, and my favourite portrait lens which is an 85mm and is just beautiful.”

“If I’m not carrying both, I’ll have a hip bag with the DSLR and one lens attached. Or if I’m travelling light, I’ll have a Fuji X100 which is a digital camera with a fixed focal length, decent image quality, great sensor, beautiful viewfinder, and it’s small and light which means I can bring it even if I’m on a road ride – it’s small enough to fit in a rear pocket. It’s not weather-sealed though, so that can be a problem!”

1. Get out and ride (and bring your camera)

The old adage is ‘you have to be there, so just getting out in the first place is important. If you’re not going out because the rain is bad or something then you’re not going to get anything.’

2. The best camera is the one you have with you

You don’t need to invest in loads of pricy kit to get started; there’s a great camera on your phone and you probably carry that everywhere you go, so it’s a good place to start. While you can’t play with shutter speed or aperture, you can experiment with how you frame shots so get creative.

If you do want to invest in something, Wayne suggests getting a sturdy second-hand DSLR to start with; something that’s great for learning the ropes on, and is chunky and robust.

3. Aim for the golden hours

“You get the most interesting light in the very early morning or at dusk, especially for mountain biking or gravel riding. You have that low sun that filters through the trees with it’s golden wash of colour – hence golden hour – and it’s also usually quieter. This means you can be on otherwise busy trails but you’ll have time to stop, take it all in, and not have to worry you’ll be run into by someone if you’re on the trail.”

…though obviously do try not to block the trail and keep an eye out, just in case, right?

4. Learn a few photography rules… then play around with them

“There are so many ‘rules’ that people either obey or don’t obey. For example, the ‘rule of thirds, where you try to split your composition into thirds horizontally or vertically, for example using the foreground and horizon. Leading lines are another example; you might have a trail running off into the distance, so you try to photograph it running from one corner of the image to another, and it leads your eyes with it.”

These are classic composition hints and tricks, so have a play with them, then play with breaking them.

“Rather than just stopping your bike and taking a picture standing up, it’s important to move away and get a different vantage point. Crouch or lie down on the floor, get up high, move six feet away from the trail, get a view of where you’re going rather than where you are – in fact, this is probably the best piece of advice.”

6. Get some interest in the foreground

“Try shooting through something. So say in the foreground you have a hedge or some tree leaves or something; you can put those near your lens and shoot through – this will add interest and depth to the image, so you have multiple layers”.

So get down on the ground with some grass in the foreground, or (carefully) climb a tree and shoot down through the leaves!

7. To get a great bike shot, find a great background….

We all love a nice bike photo that shows off our pride and joy, and Wayne has a few specific pieces of advice to get some cracking shots yourself. For example…

“I’m a big fan of having the bike in context, so for example I’ve just taken a photo of a mountain bike I’ve rebuilt for someone, and I snuck it out to a wooded area just around the corner from the studio so it looks like it’s deep in the woods. You can go for something a bit more simple, like a plain background, or if you’ve got a bike of a particular colour, then try and find a wall or background of a complementary colour and shoot against that.”

8. …Then stand the bike up away from the wall…

“I always try and prop my bike up against something a few feet away from the background, which allows you to blur out the background so the bike is the focus of the photo. If you’ve got a decent camera, shallow depth of field will allow you to ensure the bike is in focus, and the background is slightly out of focus, so it’s less distracting.”

“A cleverly placed stick means you can stand the bike up and from a certain angle, you can make it disappear without the use of Lightroom or Photoshop (or other photo editing software). If you’re near a wooded area, it’ll take you only a couple of minutes to find a stick you can jam up against the frame and the floor so your bike stands up on its own.”

10. …And make sure the bike is ready to be photographed!

Some like to line their bike up perfectly for its a portrait, which means shooting it side-on, cranks lined up horizontal to the ground, with the drive-side towards the camera. “The drive side is important,” explains Wayne, “because people like to see what you’re running – your gears, components and that kind of thing.”

11. Capture the experience, atmosphere and emotion

You’re at an event or out for a ride with your mates and you want to snap a selection of images that’ll bring back all those wonderful feelings when you look at them again, so how do you do that?

Wayne suggests capturing a variety of images that give a picture of the whole experience – the riding, the car park chats, the mid-ride faff and the post-ride drinks, as well as the rad riding of course.

“If you know you’ve got the group, the location, the landscape in the bag, then you’ve got a bit more scope to get artsy, so play around with the shutter speed if you can and try and get some panning shots, some motion blur. It’s nice to have a sense of motion or people’s attitudes or atmosphere.”

“Most people hate having their photo taken or at least posing for photos, or that feeling like they’re being watched, so it’s important to be yourself and not interfere too much with what’s going on. If you’re in the moment, and you just happen to stealthily have your camera out, that’s probably going to give you the most interesting natural shots that reflect what’s actually going on.”

13. Don’t get carried away with photo editing

Once you have your shots, you can then edit them with any number of free or paid-for apps and programmes. However, Wayne warns against getting too bogged down here.

“I don’t tend to do too much because it can look quite obvious and there’s nothing worse than seeing really oversharpened images. I do as minimal as possible because if you’ve got it right in the first place, you don’t need to do much editing. With mine, I’ve got a preset I’ve developed over the years that add a little grain, adjusts white balance and adds a little vignette.” To develop a look you like and stick with it.

And of course, editing can be time-consuming. “It’s time you’ll never get back!” laughs Wayne.

14. Experiment and have fun!

The great thing about digital photography is you don’t have to worry about running out of film or processing costs, so you can go wild!

“With digital, you can play around. Chase good light, experiment with shutter speed and aperture, play around – you’ll find such joy and pleasure in taking pictures and capturing memories.” 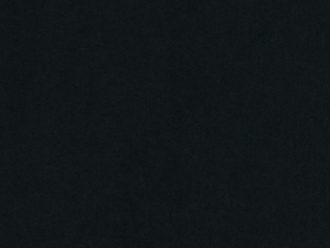 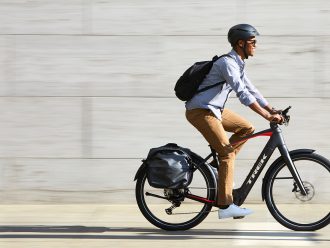