Gearing up the Tour: Part 1 In the first instalment of a three-part series examining nearly every product used by Trek-Segafredo during the Tour de France, we look at the team's bikes and everything that goes on them

Gearing up the Tour: Part 1 In the first instalment of a three-part series examining nearly every product used by Trek-Segafredo during the Tour de France, we look at the team's bikes and everything that goes on them

Preparing a WorldTour team for the Tour de France is a massive undertaking, so much more than rounding up eight riders and eight bikes and getting them to a start line. The bikes are complex feats of engineering that require fine-tuning and constant maintenance. Riders’ bodies are perhaps even more complicated, each needing individually tailored nutrition and recovery. Supplying a team for three-plus weeks in France takes coordination across dozens of people working all over the world.

Trek-Segafredo technical director Matt Shriver begins preparing for the next Tour de France almost as soon as the previous one ends. In August, he places orders for the bike equipment and sizes he thinks the team will need the next year. He has to guess what the race line-up will be. If he’s good, he might get five of the eight riders correct.

‘I think that’s probably what people don’t realise, especially when you’re doing something special or custom: you really have to plan that far in advance,’ Shriver says. ‘And you get all the approvals from sponsors, because it’s usually a collaboration. They need to sign off and see what we’re doing, too.’

Riders need a lot of equipment to get through 21 stages in 23 days. A lot of spare equipment is necessary to cover the wear and tear (not to mention the inevitable crash or two) of so much racing in such a compact period of time. Here’s an approximation of everything the team will pack. 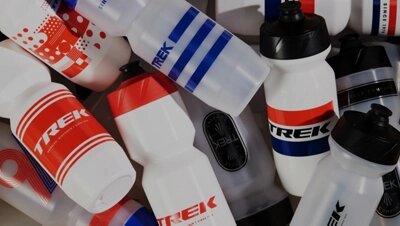 And that’s just what goes on the bike (we’ll get to the rest in the second and third instalments in this series). All of it brand-new, so that riders can be sure their equipment is in its absolute best shape.

According to Shriver, the final weeks leading up to the Tour are relatively relaxed. The bulk of Tour preparation takes place over the course of the months prior. In that time period, Trek-Segafredo works closely with partners like Pirelli to test and perfect equipment to their needs.

‘Working with a top WorldTour team such as Trek-Segafredo requires a huge amount of work that goes on behind the scenes,’ Davide Valsecchi, Pirelli’s Digital and Sports Marketing Director of Cycling, says. ‘It all begins with the testing activities that never really cease during the season that define what Pirelli should provide to the riders and the mechanics. … Generally speaking, we test new solutions during the winter training camps and the first stage races of the year so that everything is ready before the start of the Grand Tours in May.’ 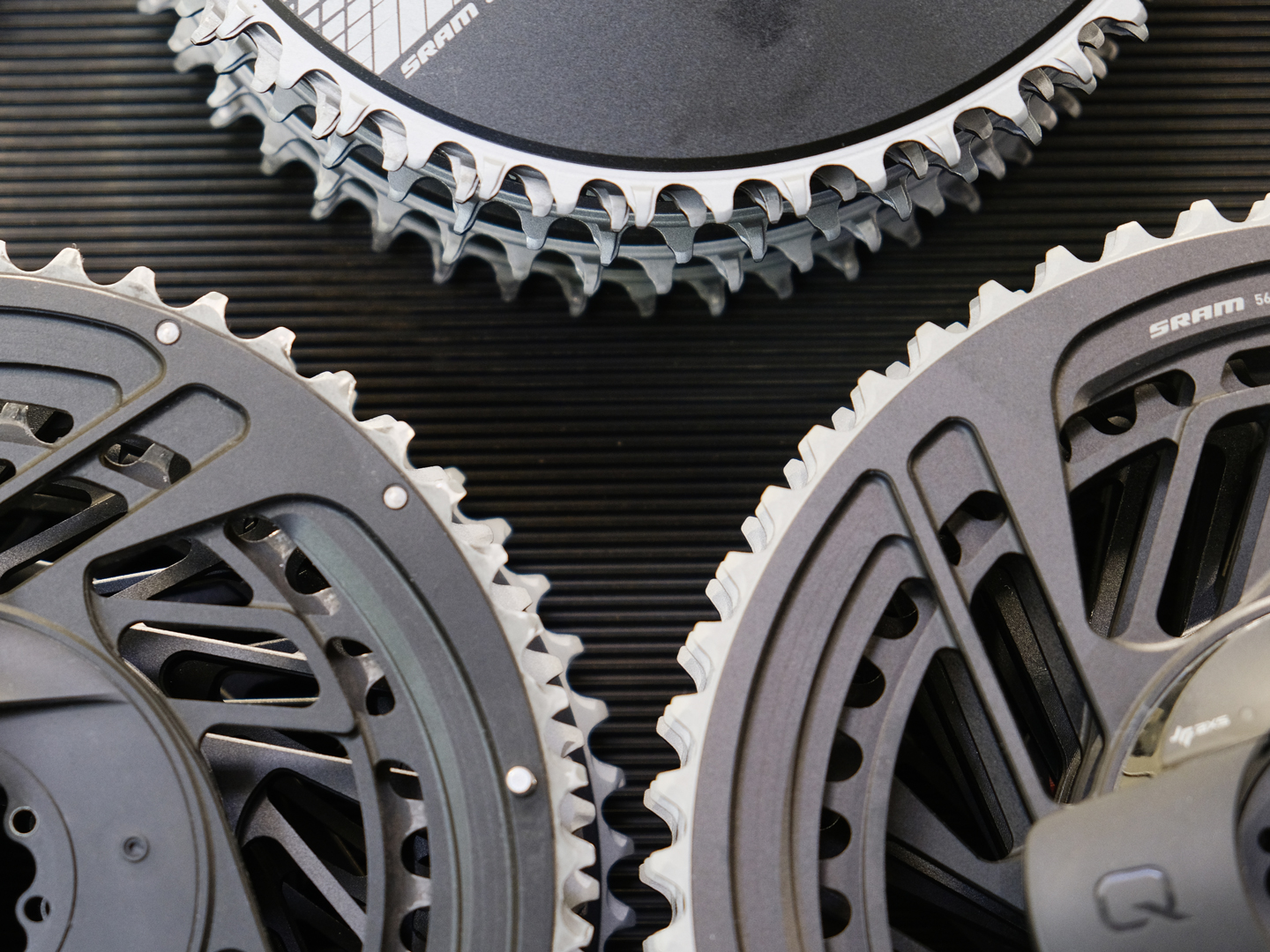 Trek-Segafredo’s service course near Ghent, Belgium, is the staging area for all of the team’s competitions (as well as for Trek Factory Racing). SRAM stocks it with bike components in November, ahead of the team training camp in December, so that the team can pull from its own shelves whenever it needs parts. SRAM will then deliver a second drop of equipment during the season before the Tour, so that Trek-Segafredo has its latest or most recently updated products.

That refined equipment is often informed by performance and feedback from the team.

‘We also test prototype products outside of racing with the team, where we will go to a specific course or terrain to test products that are in development,’ Jason Phillips, Director of SRAM Racing, says. ‘We have developed a lot of components with the help and feedback of Trek-Segafredo.’

Other partners like Wahoo and Bontrager also take advantage of their access to Trek-Segafredo riders to make their products better. Because Bontrager is a Trek brand, they rely on an exclusive communication channel to the team that helps them test prototype equipment like helmets and shoes in early races that might be used in final forms during the Tour (and, later, become available to consumers). That tight relationship also means that the team rarely has trouble getting its hands on supply.

‘We’re lucky in that we’ve run a WorldTour race team for many, many years, so we’re fortunate in that we know what’s needed for the prestigious races like the Tour de France, with guidance from the Trek Race Shop,’ Sam Foos, Bontrager Marketing Manager, says. ‘Because we’re so integrated, we get to share testing data and knowledge on all the equipment we provide to the riders. This allows riders to pick wheels, helmets and shoes that best fit their needs. It’s an added bonus that we can focus on how to make the riders faster, not just from the frames, but everything that says “Bontrager” on it.

‘It’s all a part of a system, and we develop it that way.’

Wahoo also prides itself on its communication. The company provides Trek-Segafredo with two shipments: The first before the season so that the team can begin racing, and the second to complete the rest of the team’s competition needs for the year. In addition, Wahoo has a designated team liaison who makes sure that coaches and mechanics are well-schooled on their computers so that they can help riders as needed.

Wahoo personnel are also often nearby at races to check in on the team and help troubleshoot any last-minute issues.

‘[Our liaison] always carries various spares during these visits so that the team is never more than an hour away from receiving product in a race environment – this is pretty dedicated service and quite unique!’ Louis Quinton, Wahoo’s Head of Marketing for Europe, says. ‘He is also available day and night all year to answer any questions from the team, riders and coaches directly.’ 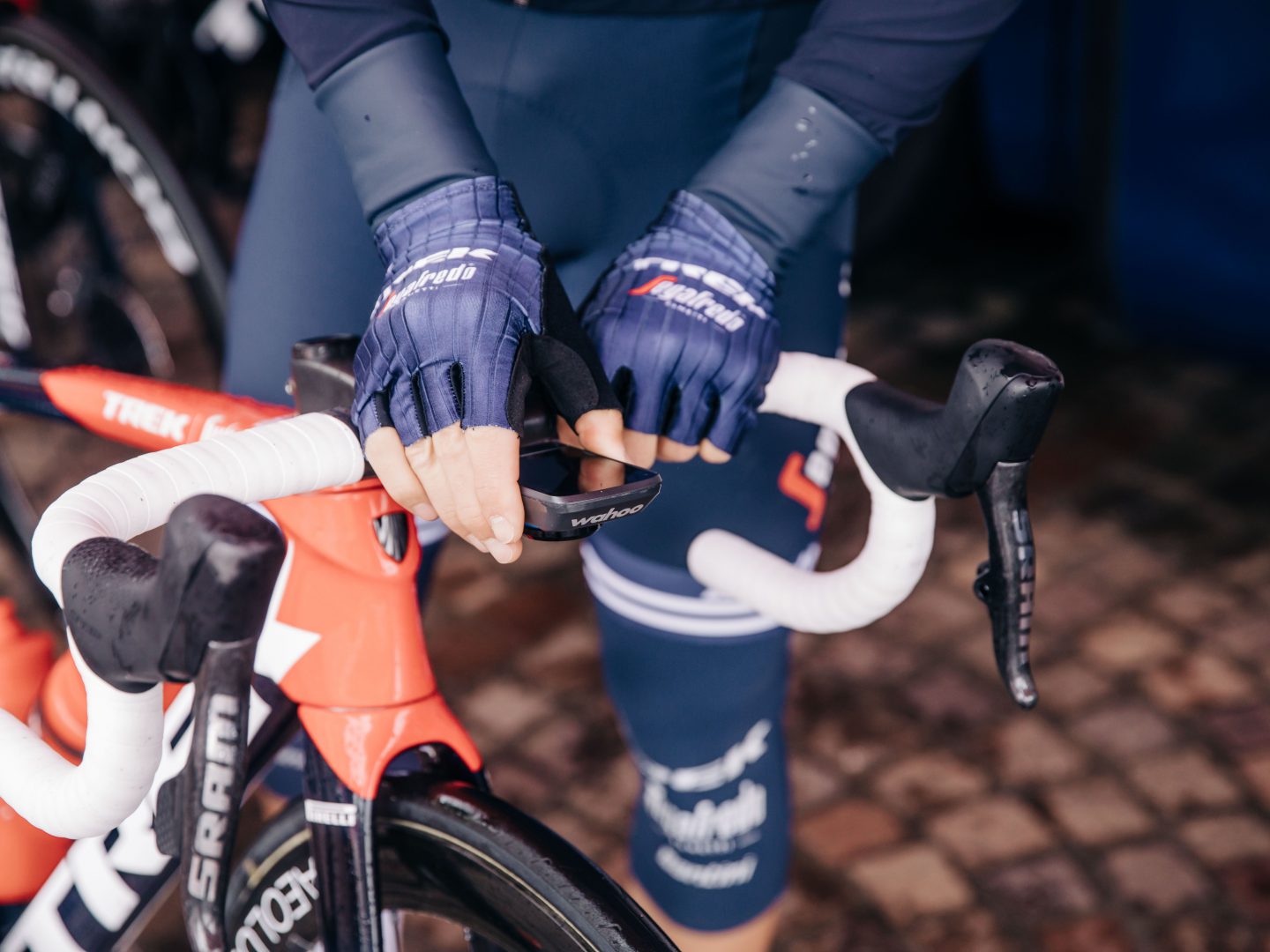 Trek-Segafredo brings a lot of spare equipment to the Tour de France, but sometimes unforeseen problems – major crashes being the most frequent – require partners to make last-minute deliveries in between stages. In those situations, having long-standing relationships and experience in racing can make a major difference in performance.

‘At this point [our preparation process] is pretty autonomous. Just from years and years of experience and how organised the Tour is, we know what to expect. We know how it works,’ Shriver says. ‘So, from that perspective, [preparing for the Tour] is pretty easy. Obviously it’s the biggest, most important race of the year, but it is another bike race and we just kind of take it to the next level.’

How to help your kids be seen 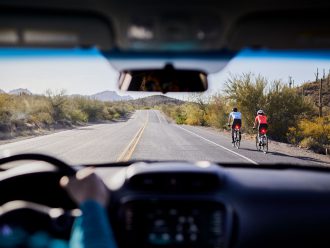 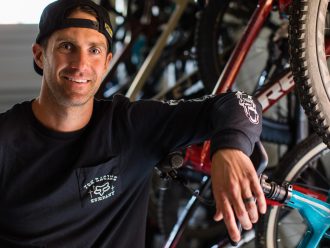